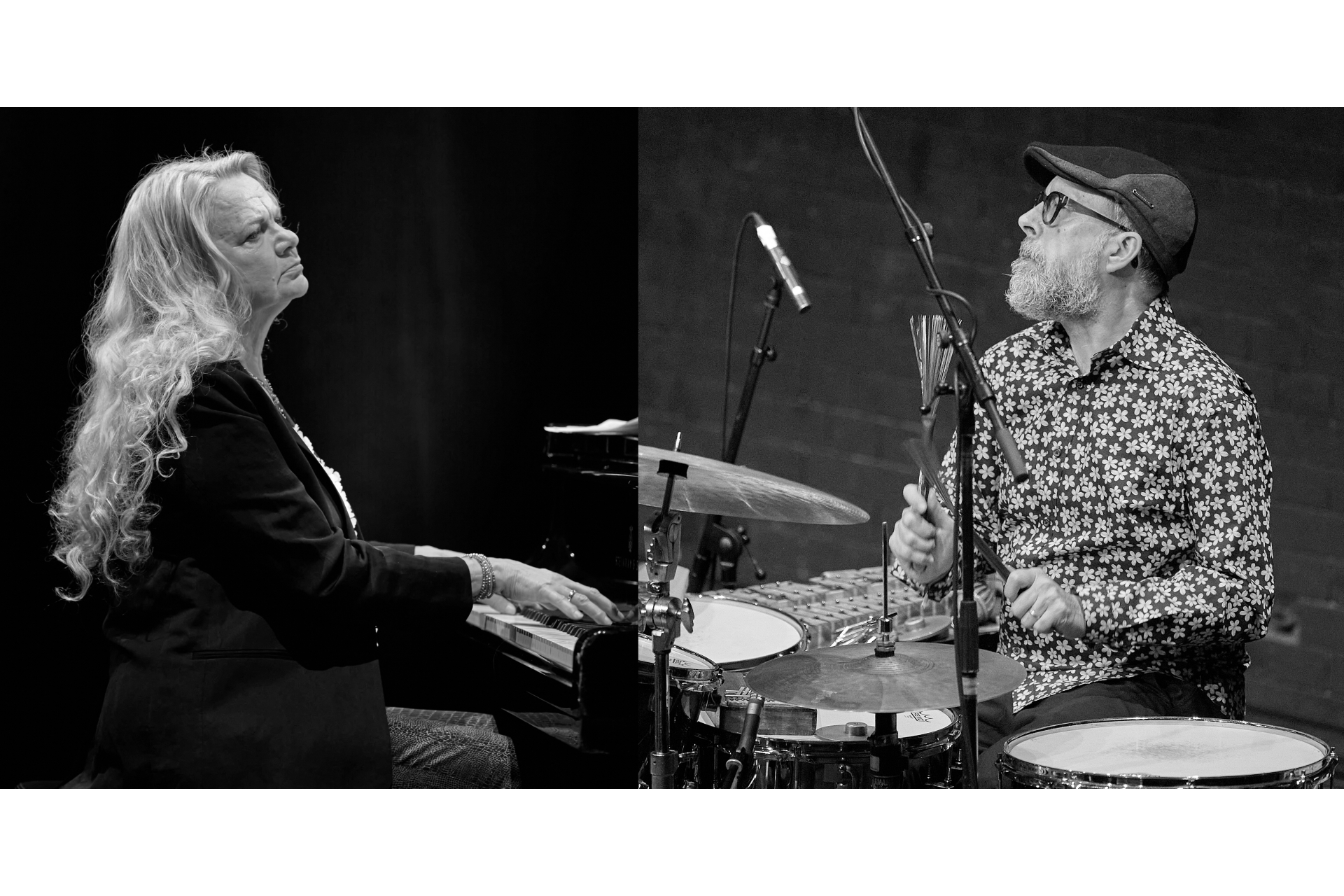 The first meeting of two respected composers and musicians. In the concert, we will hear the compositions of both of them from their extensive repertoires as new interpretations. A unique concert awaits!

Iro Haarla is one of Finland’s most famous jazz composers and musicians. She has made several notable and acclaimed recordings together with top Finnish and international musicians. Iro has received the Jazzliitto’s Yrjö award in 2006 and the Finnish Jazz Legend award in 2020 from Music Archive Finland.

John Hollenbeck is a renowned composer, drummer, band leader and teacher. He was professor of drumming and improvisation at the Jazz Institute Berlin in 2005-2016 and in 2015, he joined the Faculty of McGill University’s Schulich School of Music in Montreal as a professor of drumming. Perhaps his most famous band is the Claudia Quintet, which has also visited Finland, in addition to this, he has e.g. large ensemble John Hollenbeck Large Ensemble.

John Hollenbeck visited the first part of the Jazz Finland Residency last year and will now continue during 1-21 August 2022. Despite the corona pandemic last year, Hollenbeck managed to meet about 50 Finnish musicians during his two-week visit, teach at the Sibelius Academy’s jazz music teachers’ camp, and give a concert with a band made up of Sibelius Academy teachers at the KOKO Jazz Club in Helsinki on August 19 (one of the best concerts of 2021) and perform a concert with UMO Helsinki on August 24.