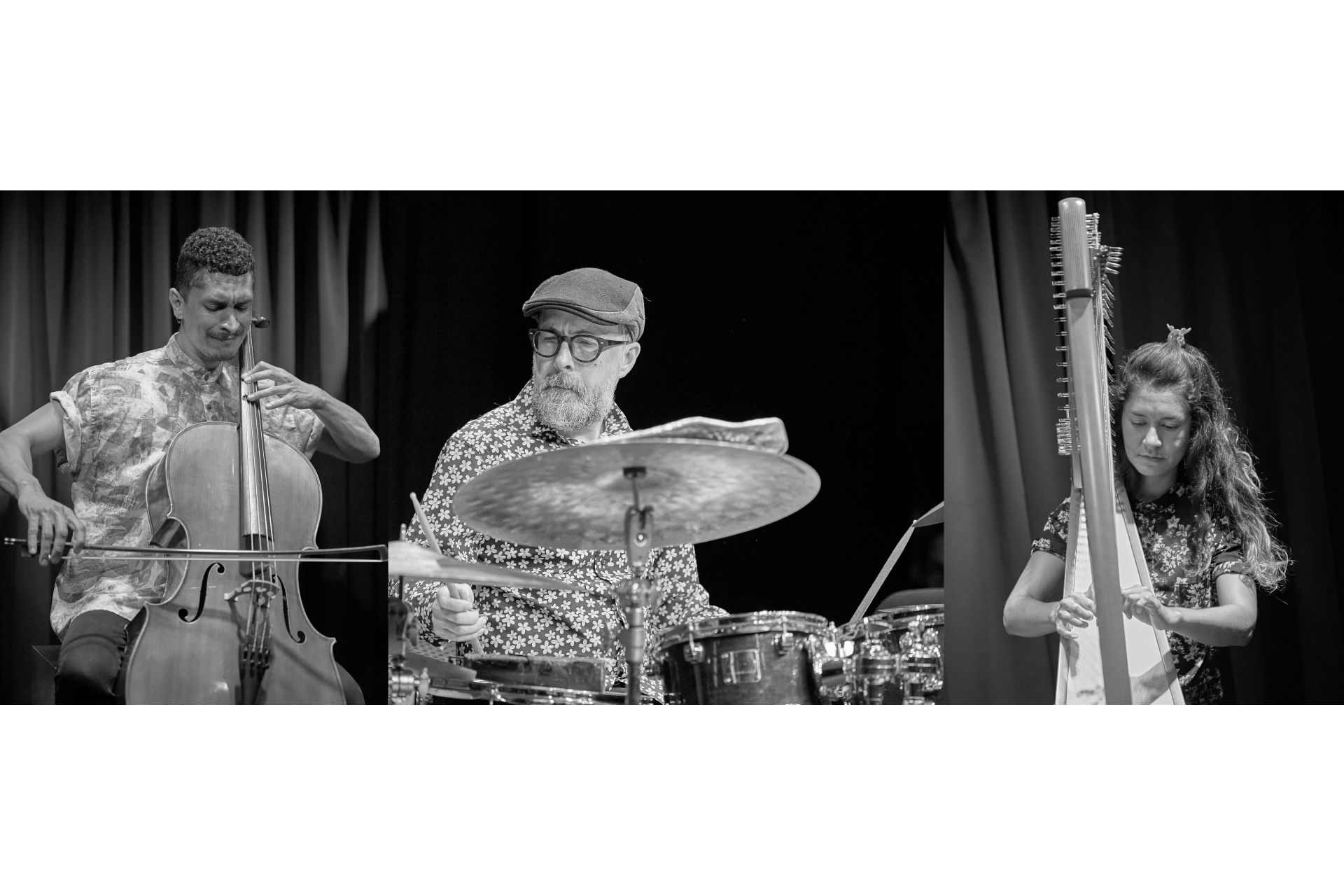 The first encounter of an interesting and inspiring new free improvisation ensemble.

Colombian Natalia Castrillón is a versatile harpist, singer and composer whose musical roots are in Latin American traditional music, classical and experimental music. The artist, who has lived in Helsinki for several years, is a sought-after musician who has the ability to cross genre boundaries and touch the listener.

Natalia has developed her own personal way of playing, where she combines innovative and percussive playing techniques with more traditional harp playing.

Sergio Castrillón is a cellist, improviser, composer and researcher who is interested in sound and different manifestations of art. He actively performs in contemporary music works and improvisation gigs and participates in collaborative projects that use theatre, poetry and contemporary dance in addition to music. He collaborates a lot with his sister Natalia.

John Hollenbeck is a renowned composer, drummer, band leader and teacher. He was professor of drumming and improvisation at the Jazz Institute Berlin in 2005-2016 and in 2015, he joined the Faculty of McGill University’s Schulich School of Music in Montreal as a professor of drumming. Perhaps his most famous band is the Claudia Quintet, which has also visited Finland, in addition to this, he has e.g. large ensemble John Hollenbeck Large Ensemble and the free improvisation ensemble Blind Date Quartet.

John Hollenbeck visited the first part of the Jazz Finland Residency last year and will now continue during 1-21 August 2022. Despite the corona pandemic last year, Hollenbeck managed to meet about 50 Finnish musicians during his two-week visit, teach at the Sibelius Academy’s jazz music teachers’ camp, and give a concert with a band made up of Sibelius Academy teachers at the KOKO Jazz Club in Helsinki on August 19 (one of the best concerts of 2021) and perform a concert with UMO Helsinki on August 24.